Marise Parent was born and raised in Montreal, Quebec, Canada. In 1984 she graduated from Vanier College with an associate degree in Special Care Counseling in 1984, which allowed her to work in a group home teaching independent living skills to clients with brain damage while obtaining her B.A. Honors Psychology degree from Concordia University. Her interest in scientific research and neuroscience was fostered during that time while conducting research with Peter Shizgal, Donna White, and Jane Stewart. In 1989, she moved on to the University of California, Irvine to pursue her Ph.D. in Biological Sciences (specialization in neurobiology and behavior) under the mentorship of James L. McGaugh, a distinguished researcher in the field of learning and memory and member of the National Academy of Sciences. In 1993 she started her postdoctoral training with Paul Gold, then in the Department of Psychology and Neuroscience Program at the University of Virginia. In 1996 she started her independent research program in the Department of Psychology at the University of Alberta in Edmonton, Alberta, Canada, before moving to GSU in 2000. In 2011 she spent a year working as a Program Officer in the Biology Directorate at the National Science Foundation. She is currently a Professor in the Neuroscience Institute and also holds an appointment in the Department of Psychology.

Dr. Parent’s current research investigates how memory influences energy intake and how energy intake, in turn, influences brain function. Her research program is currently funded by the National Science Foundation and has been supported in the past by the Canadian Diabetes Association, the Centers for Disease Control and Prevention, the National Institutes of Health, and the Natural Sciences and Engineering Research Council of Canada. For more information, please visit parentlabatgsu.wixsite.com/neuro

Memory of a recently eaten meal can serve as a powerful mechanism for controlling future eating behavior because it provides a record of intake that likely outlasts most physiological signals generated by the meal. In support, impairing the encoding of a meal in humans increases the amount ingested at the next eating episode. However, the brain regions that mediate the inhibitory effects of memory on future intake are unknown. In this report, we tested the hypothesis that dorsal hippocampal (dHC) and ventral hippocampal (vHC) glutamatergic pyramidal neurons play a critical role in the inhibition of energy intake during the postprandial period by optogenetically inhibiting these neurons at specific times relative to a meal. Compared to intake on a day in which illumination was not given, inhibition of dHC or vHC glutamatergic neurons after the end of a chow, sucrose, or saccharin meal accelerated the onset of the next meal and increased the amount consumed during that next meal when the neurons were no longer inhibited. These data show that dHC and vHC glutamatergic neuronal activity during the postprandial period is critical for limiting subsequent ingestion and suggest that these neurons inhibit future intake by consolidating the memory of the preceding meal.

If dorsal (dHC) or ventral hippocampal (vHC) neurons control intake through a process that requires memory, then ingestion should increase events necessary for synaptic plasticity in dHC and vHC during the postprandial period. To test this, we determined whether ingesting a sucrose solution induced posttranslational events critical for hippocampal synaptic plasticity: phosphorylation of AMPAR GluA1 subunits at 1) serine 831 (pSer831) and 2) serine 845 (pSer845). We also examined whether increasing the amount of previous experience with the sucrose solution, which would be expected to decrease the mnemonic demand involved in an ingestion bout, would also attenuate sucrose-induced phosphorylation. Quantitative immunoblotting of dHC and vHC membrane fractions demonstrated that sucrose ingestion increased postprandial pSer831 in dHC but not vHC. Increased previous sucrose experience prevented sucrose-induced dHC pSer831. Sucrose ingestion did not affect pSer845 in either dHC or vHC. Thus, these findings show that ingestion activates a postranslational event necessary for synaptic plasticity in an experience-dependent manner, which is consistent with the hypothesis that dHC neurons form a memory of a meal during the postprandial period.

There is a large gap in our understanding of how top-down cognitive processes, such as memory, influence energy intake. Similarly, there is limited knowledge regarding how the brain controls the timing of meals and meal frequency. Understanding how cognition influences ingestive behavior and how the brain controls meal frequency will provide a more complete explanation of the neural mechanisms that regulate energy intake and may also increase our knowledge of the factors that contribute to diet-induced obesity. We hypothesize that dorsal hippocampal neurons, which are critical for memory of personal experiences (i.e., episodic memory), form a memory of a meal, inhibit meal onset during the period following a meal, and limit the amount ingested at the next meal. In support, we describe evidence from human research suggesting that episodic memory of a meal inhibits intake and review data from human and non-human animals showing that impaired hippocampal function is associated with increased intake. We then describe evidence from our laboratory showing that inactivation of dorsal hippocampal neurons decreases the interval between sucrose meals and increases intake at the next meal. We also describe our evidence suggesting that sweet orosensation is sufficient to induce synaptic plasticity in dorsal hippocampal neurons and raise the possibility that impaired dorsal hippocampal function and episodic memory deficits contribute to the development and/or maintenance of diet-induced obesity. 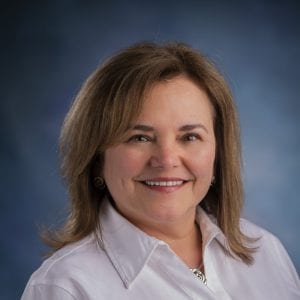